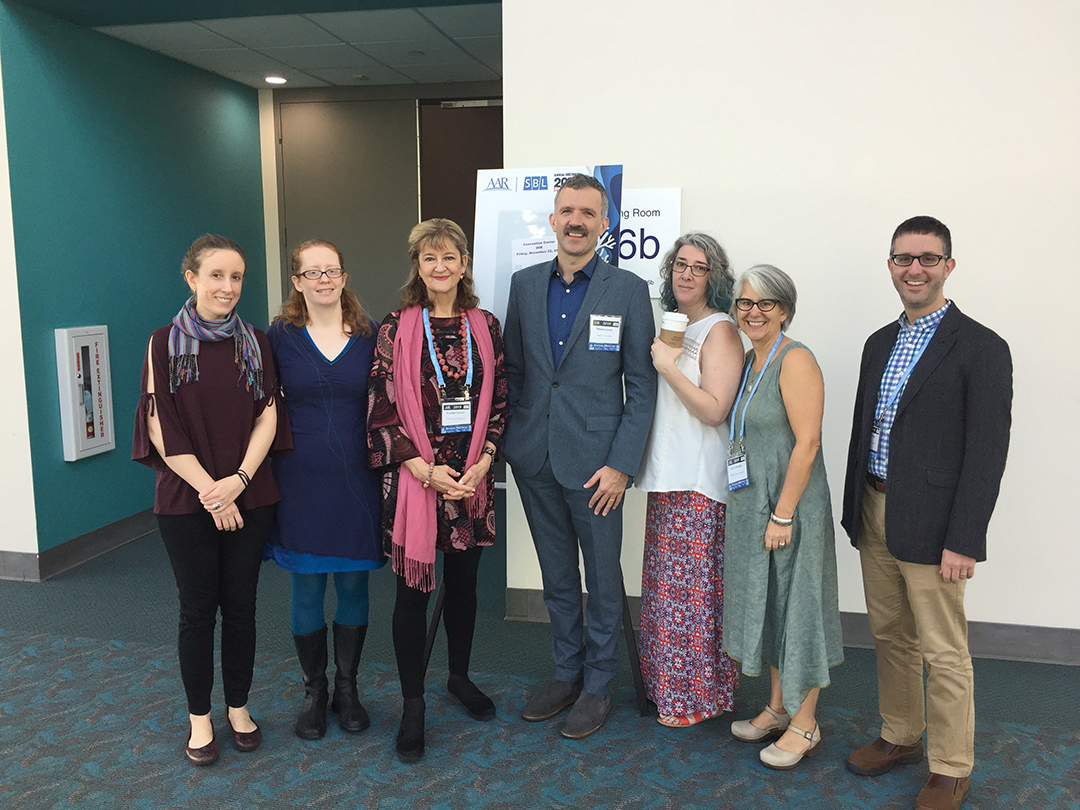 In November, the ARSP team traveled to San Diego, California, for the American Academy of Religion (AAR) Annual Meeting. Each November, the AAR conference brings together thousands of scholars, journalists, artists, publishers, and others from around the world for several days of workshops, panel discussions, and exhibits.

This year, with the generous support of the Luce Foundation, the ARSP was excited to be able to sponsor a pre-conference workshop about religion and sound. Throughout the day, approximately 25 participants heard from presenters including:

- Jason Bivins (North Carolina State University), who led an exercise on writing about sound;
- Rosalind Hackett (University of Tennessee), who facilitated a discussion about scholarship on sound;
- Ashon Crawley (University of Virginia), who gave a keynote address about the Hammond organ in Black Pentecostalism and relationality through sound;
- Finnian M. M. Gerety (Brown University), who spoke about his research on OM, the preeminent mantra and sacred syllable of Indian religions;
- Francis Stewart (Bishop Grosseteste University), who spoke about her work on sound and marginalization in Straight Edge Punk;
- Anandi Knuppel (Emory University), who explored emerging methods in digital scholarship on sound; and
- Amy Cimini (University of California, San Diego), who presented "Anagrams, Archives, and Anamorphoses," a talk and musical performance amplifying the delirium of empire in San Diego and addressing its historical sights and sounds. 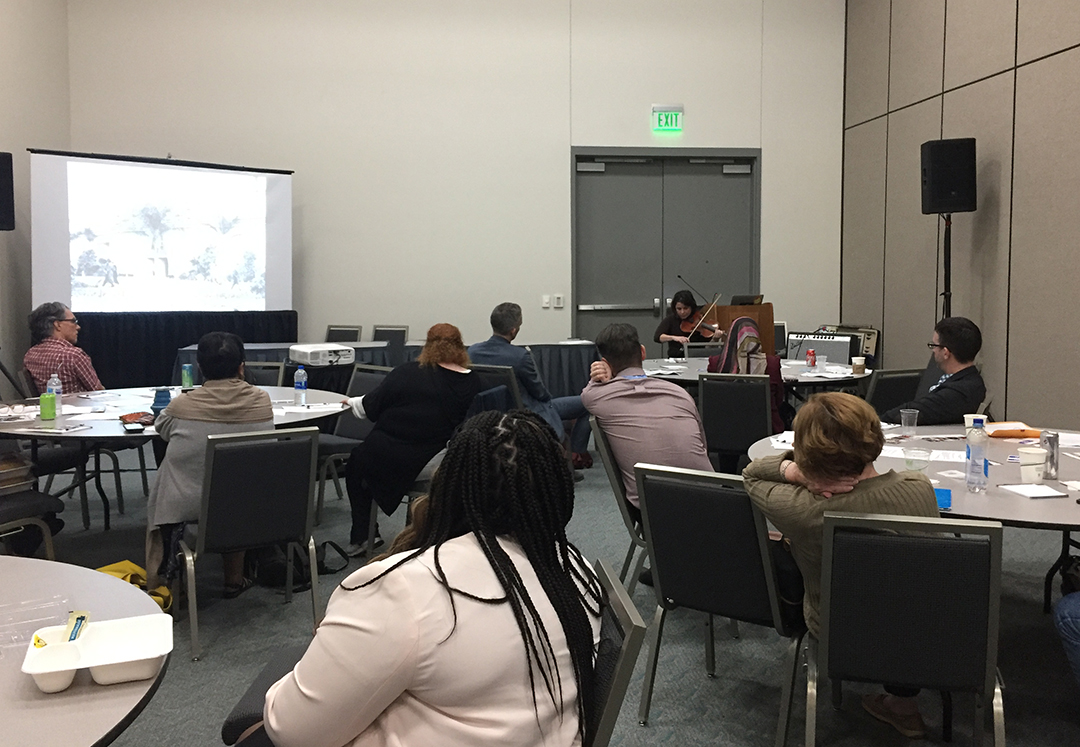 At the end of the day, workshop presenters and participants gathered for a reception and further generative conversation.