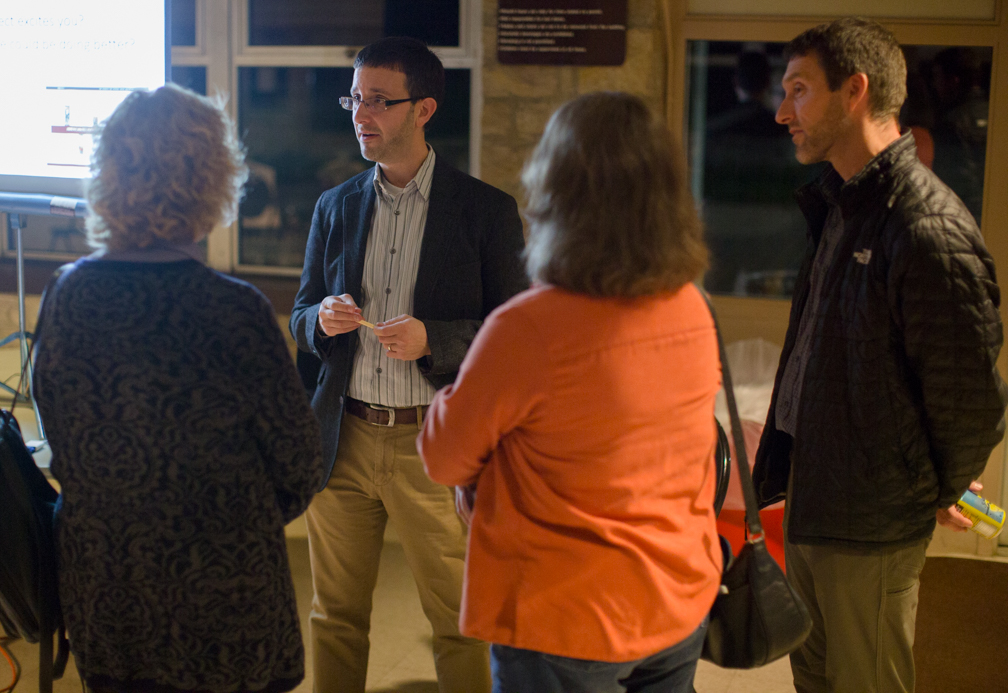 On Wednesday, December 7, ARSP co-director Isaac Weiner gave a talk on “Listening for Religion in Central Ohio,” as part of the OSU Center for the Study of Religion’s community lecture series. Isaac discussed some of the ARSP’s goals and objectives, presented the pilot site designed by MSU students during the summer of 2016, and described some of our short-term and long-term plans moving forward. He also played some audio clips, of course! We listened to the overlapping sounds of church bells and a #NoDAPL protest, music at the local Sikh gurdwara, a Serbian Orthodox church fish fry, Tibetan Buddhist chanting, Eckankar “HU” song, and a Krampus parade. Great conversation followed, about similarities and differences among these varied recordings, what if anything makes them “religious,” and how listening for religion might change the way we think about American pluralism.

We were especially delighted that some of the community members featured in these clips were with us in person to discuss their experience participating in the project! We look forward to more opportunities to present our work publicly. If you’re interested in an ARSP team member visiting your community, please let us know!